SHANGHAI: China’s deadly outbreak of H7N9 bird flu has spread to the central province of Hunan, local health authorities said Saturday, the third announcement in three days of a case in a new location.

A 64-year-old woman in Shaoyang City, who developed a fever four days after coming into contact with poultry, was confirmed to have the virus, the Xinhua state news agency reported.

More than 110 people in mainland China have been confirmed with H7N9, with 23 deaths, since the government announced on March 31 that the virus had been found in humans. Most cases have been confined to eastern China. The island of Taiwan has also reported one case. 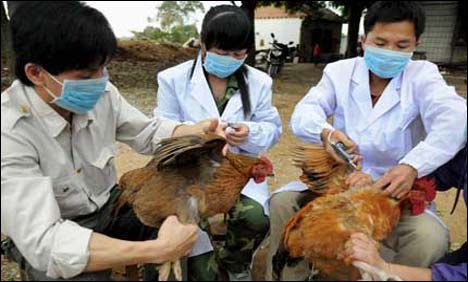 A Chinese expert earlier this week warned of the possibility of more cases in a wider geographical area.

“Until the source of H7N9 avian influenza is… brought under effective control, sporadic cases might continue to appear,” said Liang Wannian of China’s National Health and Family Planning Commission.

Poultry has been confirmed as the source of the H7N9 flu among humans, but experts fear the prospect of such a virus mutating into a form easily transmissible between humans, which could then have the potential to trigger a pandemic.