HGH Growth Human Growth Hormone, or HGH,is a protein that is produced by the body throughout life, and it affects your age and looks and it is essential to the healthy function of every major organ system

Human Growth Hormone, or HGH,is a protein that is produced by the body throughout life, and it affects your age and looks and it is essential to the healthy function of every major organ system. Research suggests that the fall off in HGH production later in life may be related to the aging process, and these findings have led many people to seek out HGH therapy as a way of slowing aging and extending life, as well as enhancing their physical performance. 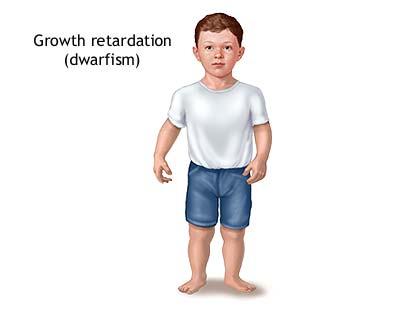 Human Growth Hormone is administered primarily through injection, but other forms are becoming available, allowing people who use HGH to self-administer HGH without needles. Although true deficiencies are infrequent in adults, being caused by malignant tumors, severe trauma, and other rare problems, the relationship between reduced levels of Human Growth Hormone and aging have led some researchers to hypothesize that the aging process can be slowed by HGH therapy, and that physical performance may be enhanced beyond the normal levels of a healthy, fit adult. This has made Human Growth Hormone therapy a treatment sought after by athletes and people interested in life extension.

Interest in HGH as an anti-aging treatment began as early as 20 years ago, when it was found that people in their 60s and older enjoyed increased muscle mass, bone density, and a decrease in body fat when treated with HGH. Research has since connected HGH therapy to increased immune function, better memory, increased ability to learn, and better cardiovascular function for the elderly. The most common form of HGH therapy is injection, but new technology has opened up new routes for administering Human Growth Hormone. Prolonged exposure to overly high doses of Human Growth Hormone can result in thickening of the bones in the jaw, fingers and toes, as well as muscle weakness, insulin resistance, and sexual dysfunction. Used appropriately, though, HGH may prove a significant weapon in the anti-aging arsenal.

Human Growth Hormones (HGH) have been a controversial topic amongst athletes and sports enthusiasts around the world for almost a decade. The use of HGH in sports has been widely documented with a large number of high profile professional athletes, along with Olympians admitting to the use of this anti-aging wonder drug. During the 1920s growth hormone was first observed but it wasn’t until the 1950s where it’s benefits were discovered. Fast-forward to 1985, a major breakthrough in hormone replacement therapy when Genetech began to market genetically engineered HGH. During this time a great amount of research was conducted on the anti-aging properties of human growth hormones. With 30 years of research and experience with adults and children deficient in growth hormone, no significant side effects were found so doctors started to administer HGH to healthy adults.

Here are the benefits of HGH use:

HGH is available through prescription in the United States. Before you get excited about getting Human Growth Hormones, most family doctors will not prescribe HGH. In order to receive HGH, you will most likely have to go to a special rejuvenation clinic. Most of these clinics are located in Florida and require extensive blood work and many insurance companies will not cover anti-aging treatments not to mention that this therapy can be very expensive. With a prescription, the cost of recombinant growth hormone can cost between 12,000 and 30,000 dollars a year. Plus daily injections are needed for the use of HGH, which can become annoying.

An alternative to getting a prescription is to do what many bodybuilders do and that is to skip the pharmacy and to purchase HGH through the black market. Black market HGH is relatively cheaper then prescription HGH, but that does come with some danger. When buying bodybuilding drugs on the black market, athletes should purchase with caution because many of these products are counterfeit. Also being caught with HGH without a prescription can lead to some serious jail time along with some expensive fines. Because of the high cost of GH and the harsh penalties for illegal use, exciting new methods of hgh use had been developed.