AIDS is caused by a virus called HIV, the Human Immunodeficiency Virus. If you get infected with HIV, your body will try to fight the infection. It will make “antibodies,” special molecules to fight HIV.

AIDS is caused by HIV.HIV is a virus that gradually attacks immune system cells. As HIV progressively damages these cells, the body becomes more vulnerable to infections, which it will have difficulty in fighting off.  It is at the point of very advanced HIV infection that a person is said to have AIDS. It can be years before HIV has damaged the immune system enough for AIDS to develop.

It is possible for someone to be diagnosed with AIDS even if they have not developed an opportunistic infection. AIDS can be diagnosed when the number of immune system cells (CD4 cells) in the blood of an HIV positive person drops below a certain level. 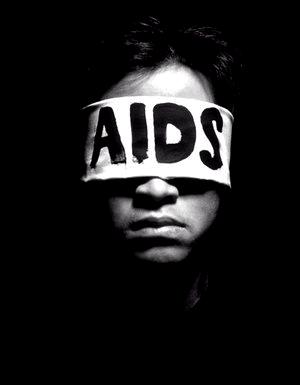 Even though antiretroviral treatment can prevent the onset of AIDS in a person living with HIV, many people are still diagnosed with AIDS today. There are few main reasons for this:

How is HIV spread?

There are several common ways that HIV can be passed from person to person, including:

If you have a sexually transmitted disease, you may be at higher risk for getting infected with HIV during sex with an HIV-infected partner.

There is no evidence that HIV is spread by contact with saliva or through casual contact, such as shaking hands or hugging, or the sharing of food utensils, towels and bedding, swimming pools, telephones, or toilet seats. HIV is not spread by biting insects such as mosquitoes or bedbugs.

What is the treatment for HIV/AIDS?

Although when AIDS first appeared there were few treatments, researchers have now developed drugs that can help fight both HIV and the related infections and cancers that come with it. Treatment advances have improved the survival rates and decreased progression of HIV disease in developed countries like the United States, where antiretroviral drugs are available.

Additional treatment information is available from the National Institute of Allergy and Infection Diseases at NIH. The NIH is currently conducting many clinical trials related to HIV/AIDS to test treatments and therapies. These trials are sponsored and co-sponsored by various Institutes, including the NICHD.

The NICHD supports and conducts research related to HIV/AIDS in specific groups of people, including pregnant and non-pregnant women, infants and children, and adolescents and young adults. The information below applies to those groups.

How does HIV/AIDS affect women?

Worldwide, more than 80 percent of HIV infections are spread by heterosexual sex (vaginal intercourse); women are particularly at risk of contracting HIV through this type of contact. HIV is increasing most dramatically among African American and Hispanic women.

Although most of the signs and symptoms of HIV infection are similar in men and women, some are more specific to females. For example:

The NICHD, along with other Institutes, supports studies to determine what aspects of HIV are specific to women and the best treatments for these symptoms.

How does HIV affect pregnant women and infants?

Women can give HIV to their babies during pregnancy, while giving birth, or through breastfeeding.

But, there are effective ways to prevent the spread of mother-to-infant transmission of HIV:

Approximately one-fourth to one-half of all untreated pregnant women infected with HIV will pass the infection to their babies. HIV infection of newborns is very rare in the United States because women are tested for HIV during pregnancy, and women with HIV infection receive anti-HIV drugs during pregnancy, cesarean delivery if their HIV blood levels are high, and are advised not to breastfeed their infants.

How does HIV affect children and adolescents?

In contrast to the United States, mother-to-child transmission in developing countries remains a major problem; about 700,000 infants are newly infected with HIV each year because most women are not screened for HIV during pregnancy, anti-HIV drugs are not available, and safe alternatives to breastfeeding are not available.

Prior to 1985, when screening of the nation’s blood supply for HIV began, some children as well as adults were infected through transfusions with blood or blood products contaminated with HIV, but this is now rare in the United States.