Hair Grow Faster in the Summer

Hair is a keratinised protein that is part of the integumentary system. It grows out of hair follicles embedded deep in the dermis. There are three types of hair: terminal, villus and lanugo. Terminal hair is the fully developed, thick, coarse hair found on the head, underarms and pubic area of a human. Villus hair is the short, very fine hair that covers almost 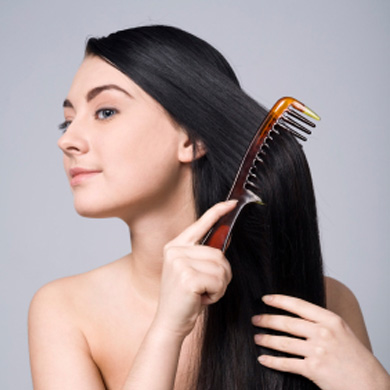 every part of the human body except the palms of the hands, soles of the feet, back of the ears, certain external genital organs and the lips. Lanugo hair is the hair that covers a fetus, and is also sometimes found on anorexics to help their malnourished bodies retain heat. The only part of the hair that is alive is the root where new hair grows.

During the warm summer months, the human body has to work faster to perform some common activities and maintain homeostasis. It also has to work faster and harder to help the body cool down. This leads to faster cell division due to more efficient blood circulation throughout the body, which, among other things, causes hair to grow faster. Hair cells at the root divide much more quickly in the summer than during winter months and push the hair down more rapidly.

Hair grows an average of half an inch per month with growth being predetermined by a person’s genetic code. In a year, hair can grow up to 6 inches. As a person ages, hair growth can slow to about one-quarter inch per month. New hair cells form in the root as the hair cells divide, and push the hair forward, making it longer. The new hair is always added at the root as the older hair inches downward. Hair grows at the same rate on every part of the head.