You Need Salt During Long Exercise & Salt and the ultraendurance athlete

James Gamble of Harvard Medical School showed that you have to take large amounts of salt when you exercise for several hours, particularly in hot weather. Nobody has improved on his research in the last 60 years. 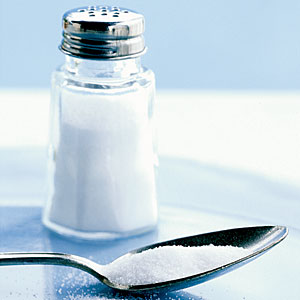 Eating heavily salted foods and drinking salty drinks when you exercise for more than two hours in the heat should not raise blood pressure anyway. If you don’t take salt and fluids during extended exercise in hot weather, you will tire earlier and increase your risk for cramps, dehydration and heat stroke.When you exercise for more than three hours, you should take in salt as well as fluids. A study from Switzerland followed female competitive distance runners who took in drinks with different concentration of salt during a four hour run.Taking in fluid without also taking in adequate amounts of salt dilutes the bloodstream, so that the concentration of salt in the blood is lower than that in brain cells. This causes fluid to move from the low-salt blood into the higher-salt brain causing the brain to swell which can cause seizures and death. Taking in extra salt during prolonged exercise increases thirst so you drink more fluids, and prevents blood salt levels from dropping so low that you become tired, develop muscle cramps, and can even die. Furthermore, without salt you do not recover as quickly and are more likely to be injured or tired all the time.

Salt and the ultraendurance athlete

Recently, Americans have been urged to pay more attention to their sodium intake. Decades ago, all foods seemed heavily salted. Then, a link between sodium intake and high blood pressure was discovered. Suddenly, “sodium – free” or “low sodium” products began flooding the consumer market. Certainly, to a degree, this is justified. Many diseases are worsened by excess sodium intake, and millions of Americans must closely watch the amount of sodium in their diet.

However, sodium is a required element for normal body functions. It is lost in sweat and urine and is replaced in the diet. The body has a remarkable ability to maintain sodium and water balance throughout a variety of conditions, thus ensuring our survival. Ultraendurance events challenge this survival mechanism. 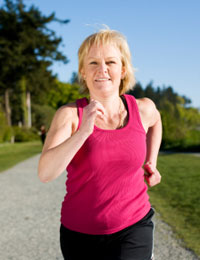 In hot, humid conditions a large amount of sweat is lost, which can disturb sodium and water balance. Adequate hydration and sodium intake — either via sports drinks or food — becomes vitally important during long races. The goal of this article is to help you determine how to maintain sodium balance during training and racing and during recovery. The information for this article came from a variety of published studies done on healthy, young athletes and may not be appropriate for everyone. Athletes who are under a physician’s care or have health problems should check with their doctor about salt and their ability to exercise in the heat.