Diabetes mellitus is a group of metabolic diseases characterized by high blood sugar (glucose) levels, that result from defects in insulin secretion, or action, or both. Diabetes mellitus, commonly referred to as diabetes (as it will be in this article) was first identified as a disease associated with “sweet urine,” and excessive muscle loss in the ancient world. Elevated levels of blood glucose (hyperglycemia) lead to spillage of glucose into the urine, hence the term sweet urine. 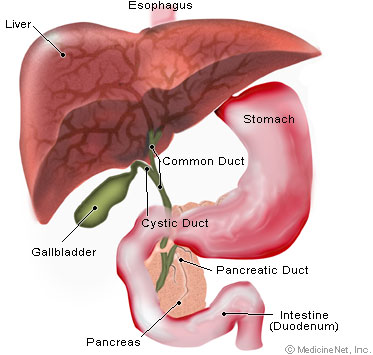 What is the impact of diabetes?

Over time, diabetes can lead to blindness, kidney failure, and nerve damage. These types of damage are the result of damage to small vessels, referred to as microvascular disease. Diabetes is also an important factor in accelerating the hardening and narrowing of the arteries (atherosclerosis), leading to strokes, coronary heart disease, and other large blood vessel diseases. This is referred to as macrovascular disease. Diabetes affects approximately 17 million people (about 8% of the population) in the United States. In addition, an estimated additional 12 million people in the United States have diabetes and don’t even know it.

From an economic perspective, the total annual cost of diabetes in 1997 was estimated to be 98 billion dollars in the United States. The per capita cost resulting from diabetes in 1997 amounted to $10,071.00; while healthcare costs for people without diabetes incurred a per capita cost of $2,699.00. During this same year, 13.9 million days of hospital stay were attributed to diabetes, while 30.3 million physician office visits were diabetes related. Remember, these numbers reflect only the population in the United States. Globally, the statistics are staggering.

Diabetes is the third leading cause of death in the United States after heart disease and cancer.

Insufficient production of insulin (either absolutely or relative to the body’s needs), production of defective insulin (which is uncommon), or the inability of cells to use insulin properly and efficiently leads to hyperglycemia and diabetes. This latter condition affects mostly the cells of muscle and fat tissues, and results in a condition known as “insulin resistance.” This is the primary problem in type 2 diabetes. The absolute lack of insulin, usually secondary to a destructive process affecting the insulin producing beta cells in the pancreas, is the main disorder in type 1 diabetes. In type 2 diabetes, there also is a steady decline of beta cells that adds to the process of elevated blood sugars. Essentially, if someone is resistant to insulin, the body can, to some degree, increase production of insulin and overcome the level of resistance. After time, if production decreases and insulin cannot be released as vigorously, hyperglycemia develops.

Glucose is a simple sugar found in food. Glucose is an essential nutrient that provides energy for the proper functioning of the body cells. Carbohydrates are broken down in the small intestine and the glucose in digested food is then absorbed by the intestinal cells into the bloodstream, and is carried by the bloodstream to all the cells in the body where it is utilized. However, glucose cannot enter the cells alone and needs insulin to aid in its transport into the cells. Without insulin, the cells become starved of glucose energy despite the presence of abundant glucose in the bloodstream. In certain types of diabetes, the cells’ inability to utilize glucose gives rise to the ironic situation of “starvation in the midst of plenty”. The abundant, unutilized glucose is wastefully excreted in the urine.

Insulin is a hormone that is produced by specialized cells (beta cells) of the pancreas. (The pancreas is a deep-seated organ in the abdomen located behind the stomach.) In addition to helping glucose enter the cells, insulin is also important in tightly regulating the level of glucose in the blood. After a meal, the blood glucose level rises. In response to the increased glucose level, the pancreas normally releases more insulin into the bloodstream to help glucose enter the cells and lower blood glucose levels after a meal. When the blood glucose levels are lowered, the insulin release from the pancreas is turned down. It is important to note that even in the fasting state there is a low steady release of insulin than fluctuates a bit and helps to maintain a steady blood sugar level during fasting. In normal individuals, such a regulatory system helps to keep blood glucose levels in a tightly controlled range. As outlined above, in patients with diabetes, the insulin is either absent, relatively insufficient for the body’s needs, or not used properly by the body. All of these factors cause elevated levels of blood glucose (hyperglycemia).

In autoimmune diseases, such as type 1 diabetes, the immune system mistakenly manufactures antibodies and inflammatory cells that are directed against and cause damage to patients’ own body tissues. In persons with type 1 diabetes, the beta cells of the pancreas, which are responsible for insulin production, are attacked by the misdirected immune system. It is believed that the tendency to develop abnormal antibodies in type 1 diabetes is, in part, genetically inherited, though the details are not fully understood.

Exposure to certain viral infections (mumps and Coxsackie viruses) or other environmental toxins may serve to trigger abnormal antibody responses that cause damage to the pancreas cells where insulin is made. Some of the antibodies seen in type 1 diabetes include anti-islet cell antibodies, anti-insulin antibodies and anti-glutamic decarboxylase antibodies. These antibodies can be measured in the majority of patients, and may help determine which individuals are at risk for developing type 1 diabetes.

Type 2 diabetes was also referred to as non-insulin dependent diabetes mellitus (NIDDM), or adult onset diabetes mellitus (AODM). In type 2 diabetes, patients can still produce insulin, but do so relatively inadequately for their body’s needs, particularly in the face of insulin resistance as discussed above. In many cases this actually means the pancreas produces larger than normal quantities of insulin. A major feature of type 2 diabetes is a lack of sensitivity to insulin by the cells of the body (particularly fat and muscle cells).

In addition to the problems with an increase in insulin resistance, the release of insulin by the pancreas may also be defective and suboptimal. In fact, there is a known steady decline in beta cell production of insulin in type 2 diabetes that contributes to worsening glucose control. (This is a major factor for many patients with type 2 diabetes who ultimately require insulin therapy.) Finally, the liver in these patients continues to produce glucose through a process called gluconeogenesis despite elevated glucose levels. The control of gluconeogenesis becomes compromised.

While it is said that type 2 diabetes occurs mostly in individuals over 30 years old and the incidence increases with age, we are seeing an alarming number patients with type 2 diabetes who are barely in their teen years. In fact, for the first time in the history of humans, type 2 diabetes is now more common than type 1 diabetes in childhood. Most of these cases are a direct result of poor eating habits, higher body weight, and lack of exercise.

While there is a strong genetic component to developing this form of diabetes, there are other risk factors – the most significant of which is obesity. There is a direct relationship between the degree of obesity and the risk of developing type 2 diabetes, and this holds true in children as well as adults. It is estimated that the chance to develop diabetes doubles for every 20% increase over desirable body weight

The inability of insulin to perform normally has effects on protein, fat and carbohydrate metabolism. Insulin is an anabolic hormone, that is, one that encourages storage of fat and protein.

A relative or absolute insulin deficiency eventually leads to weight loss despite an increase in appetite.

Patients with diabetes are prone to developing infections of the bladder, skin, and vaginal areas.

How is diabetes diagnosed?

The fasting blood glucose (sugar) test is the preferred way to diagnose diabetes. It is easy to perform and convenient. After the person has fasted overnight (at least 8 hours), a single sample of blood is drawn and sent to the laboratory for analysis. This can also be done accurately in a doctor’s office using a glucose meter.

When fasting blood glucose stays above 100mg/dl, but in the range of 100-126mg/dl, this is known as impaired fasting glucose (IFG). While patients with IFG do not have the diagnosis of diabetes, this condition carries with it its own risks and concerns, and is addressed elsewhere.